The following article appeared in AIMPA magazine number 2 about the strength and testing of pilot ladders : There is much more information about pilot ladders in the AIMPA magazine, second issue, if you wish to read more you can download a copy at the bottom of this post.

Capt Troy is currently employed as a Pilot in NZ. He has immense interest in Pilot ladder testings, tug designs etc.. Work related interests include breaking stuff (testing pilot ladders), tug design and analysisof PPU data. keeping safety of pilots in mind , he likes to attempt to identify changes that may affect the safety of pilotage, vessel, environment, or related to individual pilots. Troy denied approval of printing his photo as wants his work to be valued more, shows the fineness of his nature and concern for his own work.

You may think this means little, but…. A pilot ladder is proof tested to 8.8kN, that means that the load you should safely put on a pilot ladder in use will be less than 8.8kN.

Looking at safety factors, proof testing to determine a SWL for a pilot ladder with manila sideropes:

What proof load is required, looking back I found pilot hoists had to have a overload test of 2.2, below is some of the text from the old MNZ Part 53.

Ok what weight does a pilot ladder have to carry? A pilot, itself…. A pilot 150kg to allow for wallet(with pilots licence in), radio, small bag (sorry Hugh), wet weather gear (may be fitted with pockets to carry PPU), PPE (Incl Covid-19 gear).

Tests have shown a doubled side rope to fail at ~44kN (single part failed at 24.5kN). Just doubling the rope does not give you double the strength, think bending.

Would having a SWL make a difference? I do not know, but perhaps it might mean that after a pilot boat snags a ladder it would have to be thoroughly inspected and tested?

Intermediate securing of a pilot ladder.

53.20 Testing of pilot hoist: A pilot hoist that is installed on a New Zealand ship on or after the date that Part 53comes into force must be subjected to an overload test of 2.2 times the working load.

What I’ve discovered with testing:

Both shackles and lashings damage the side ropes, look in the images above all of them show distortion to the side ropes, and all the lashings are on the step fixtures, as is the shackle, the question is which does more…?

Early testing has found rolling hitch versus shackle to have about the same strength of holding before the pilot ladder side ropes failed – further testing needs to be carried out.

Pilot ladder actual strength after a bit of use (abuse) is a lot less than the “strength of the sideropes”.

I will continue with testing, a total of over 100 tests have been carried out, I expect to carry out another 100-200 test before a more formal report is published.

So shackles or rope lashings – testing is showing different shackles behave differently as do different size lashings so  it is not as simple as it appears especially when you consider that one shipping company does not know one knot from another – it has sent a document out showing a photo with lashings – the knots are clove hitches.

I will refrain from stating my preference here.

3 thoughts on “Pilot ladders – bits and pieces and a bit of testing.”

Tue Sep 29 , 2020
Danish state pilot organisation Danpilots have issued a report on the condition of pilotladders. This survey was carried out by Capt. Jakob Trolle in 2020. During the survey, a total of 100 pilot ladders were examined reading their age and condition of the ropes and steps. Also the certificates of […] 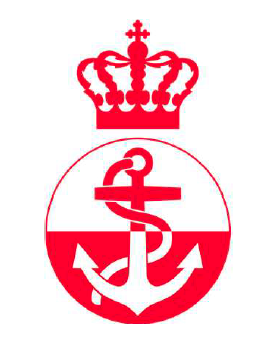