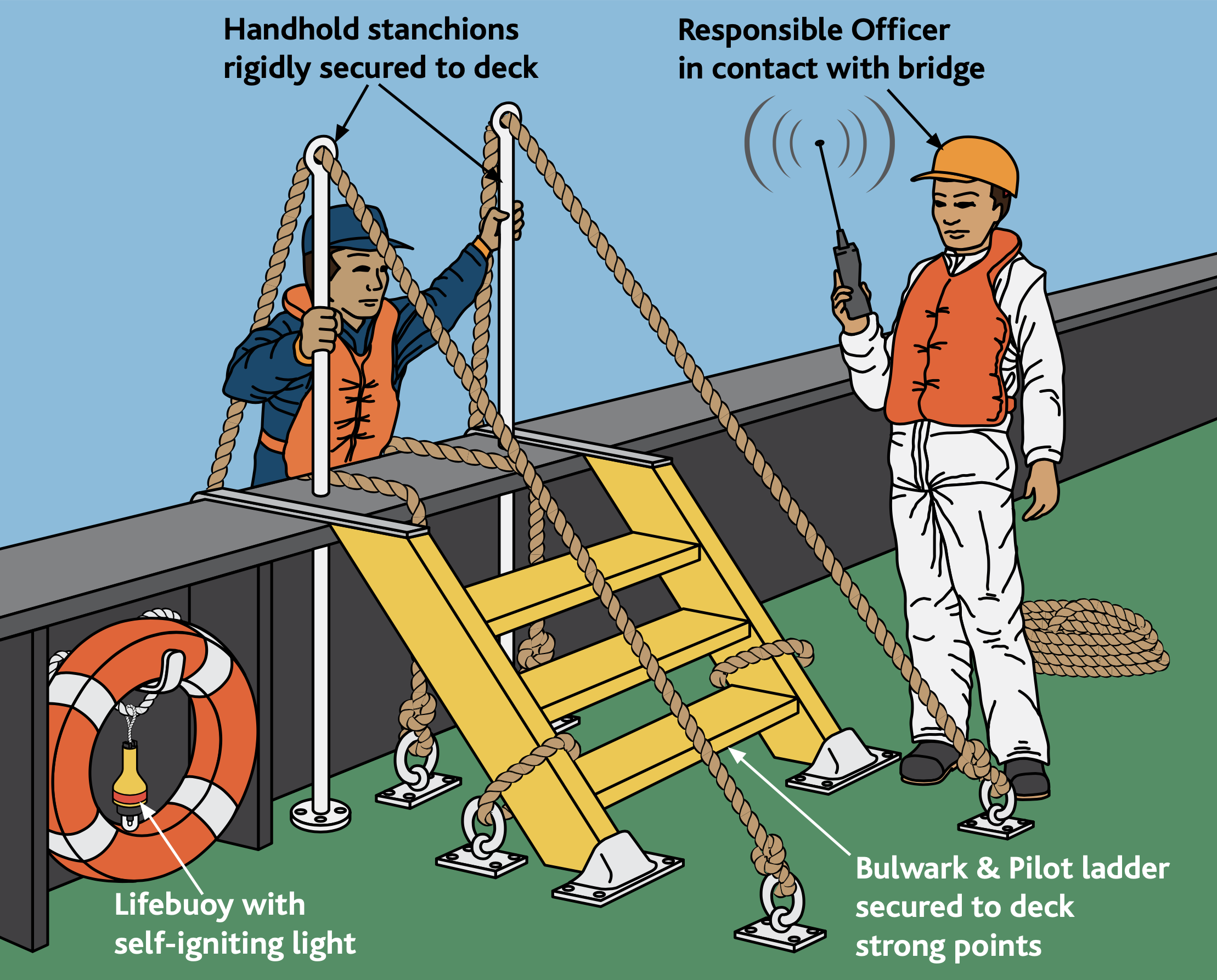 Think of your own safety! Every year, seafarers are lost overboard at sea when rigging a pilot ladder. The first precaution to take when rigging a ladder is to ensure it is done by at least two men, who wear lifejackets, safety lines and a radio. Also, during the embarkation or disembarkation of the pilot, wearing a lifejacket is advisable, since the embarkation point is usually located near an opening in the ship’s railing.

With the present minimum manning levels on ships, there is little time to perform crucial tasks such as rigging the pilot ladder properly. It is the usual last job after departure, or the first job before arrival of the ship into port. However, the critical nature of the operation for which a pilot ladder is used does not allow for any shortcuts.

Wearing a lifejacket is advisable, since the embarkation point is usually located near an opening in the ship’s railing

The lifebuoy with self-igniting light is mandatory at the location of the pilot embarkation point, and for a good reason. Whenever a pilot goes into the water by accident, this buoy will mark the spot where he fell in. That is where all rescue operations will be aimed at. Ensure it is working and ready for use.

7.1. The following associated equipment shall be kept at hand ready for immediate use when persons are being transferred:

7.2. When required by paragraph 4 above, stanchions and bulwark ladders shall be provided.

Adequate lighting shall be provided to illuminate the transfer arrangements overside and the position on deck where a person embarks or disembarks.”

Next: Handholds and Stanchions >>