On Tuesday, a South African marine pilot narrowly escaped injury after a rope ladder broke while he was disembarking the ship in Durban’s harbor.

On Tuesday, a South African marine pilot narrowly escaped injury after a rope ladder broke while he was disembarking the ship in Durban’s harbor.

At 0745 hours on Tuesday, the National Sea Rescue Institute (NSRI) Durban duty crew were alerted by Transnet National Ports Authority to reports of a pilot who had fallen into the sea from a crude oil tanker. The NSRI Durban duty crew prepared to launch a rescue boat, and Durban’s Police Search and Rescue, Metro Police Search and Rescue and Life Healthcare response paramedics were activated.

A securing rope on a rope ladder reportedly severed due to undetermined causes while the pilot was disembarking from the tanker. In an effort to avoid injury to the man, the pilot boat veered away from the ship, allowing him space to push away from the ship’s hull and avoid being sucked into the ship’s propellers. The pilot boat came to his rescue and he was recovered and brought to T Jetty, where the boat was met by police and by emergency medical response personnel. The pilot was treated for mild hypothermia, and as a precaution, he was transported to a hospital by ambulance. He is in stable condition and is expected to fully recover.

“The immediate reaction of the skipper and crew of the pilot vessel Lufafa and the calm and deliberate actions taken by the casualty after he fell into the water contributed to his survival, and they are commended,” said NSRI Durban station commander Jonathan Kellerman in a statement.

The cause of the incident is under investigation.

Pilot ladder accidents are a persistent hazard for marine pilots around the globe. The ship-to-ship pilot transfer procedure involves inherent risk, and this risk is sometimes compounded by improper pilot ladder setup.

Does He Make it Across every time?

Wed Jul 1 , 2020
Pilot Boarding is a critical operational and the most frequent operation on Container Ships. The ship is well prepared to embark or disembark the Harbour Pilot's safely In accordance with SOLAS Regulation V/23 & IMO Resolution A.1045(27) 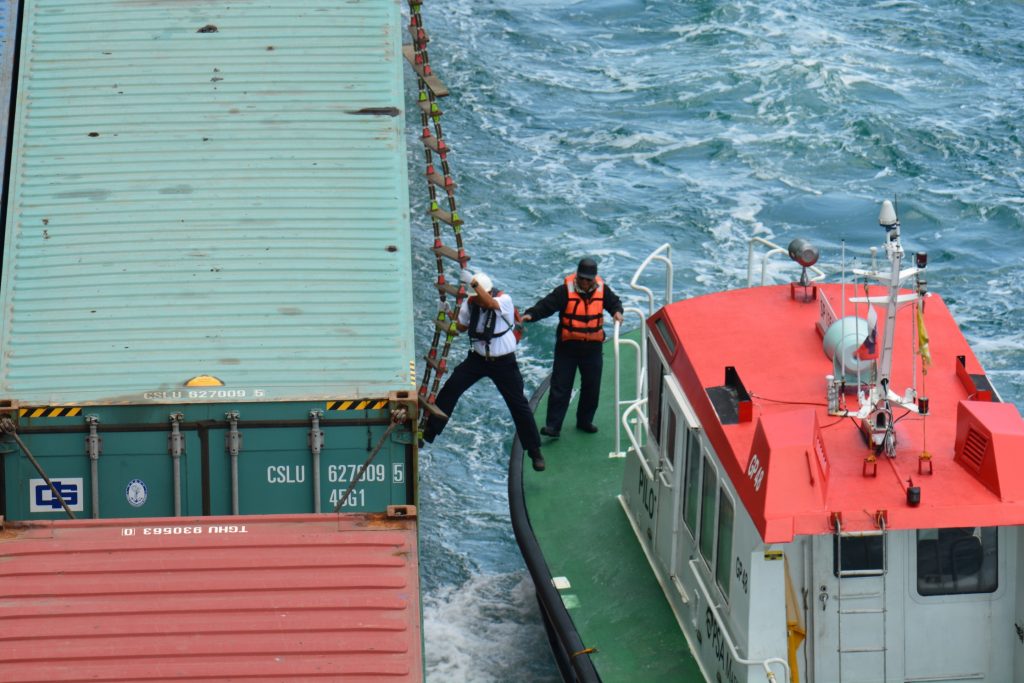