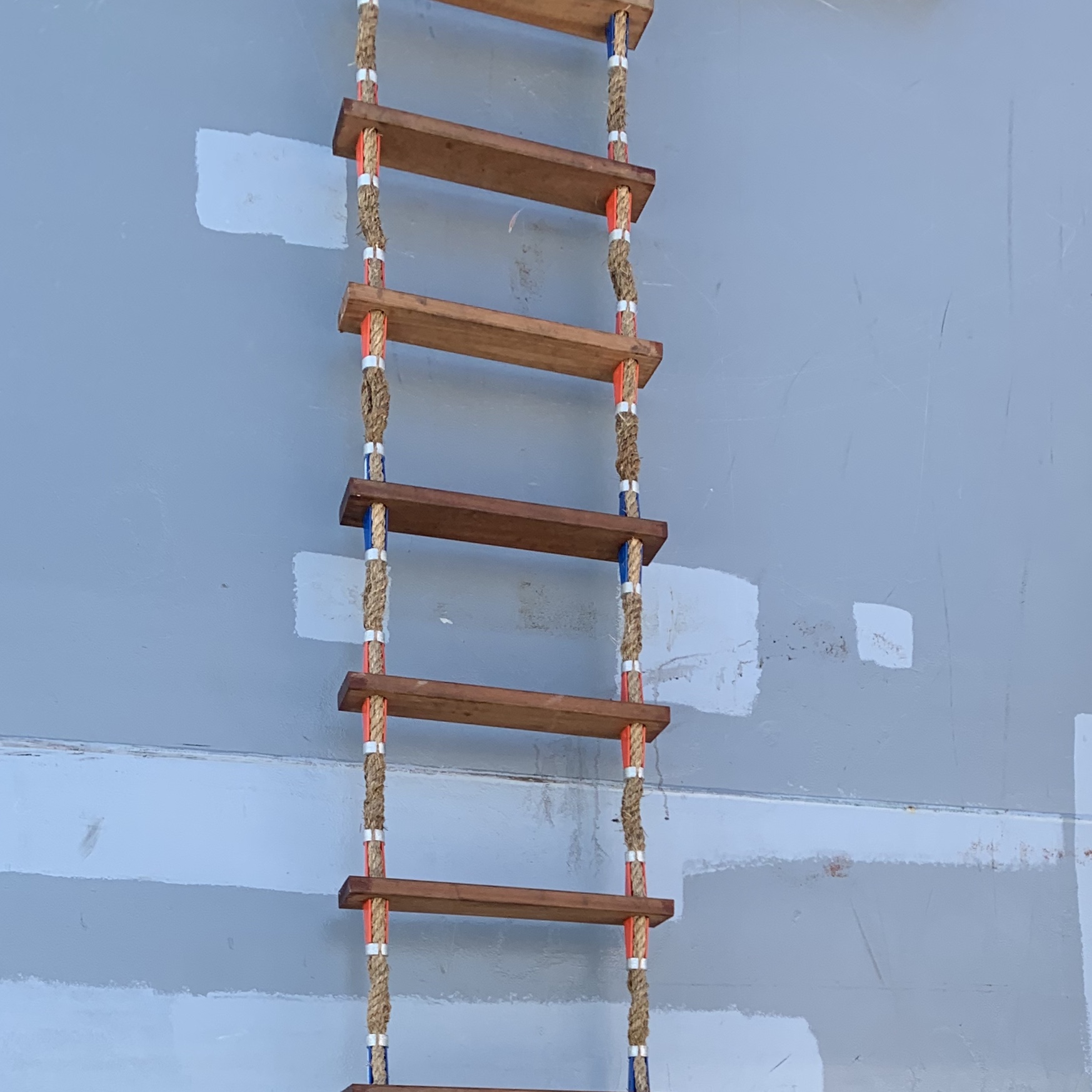 A bad pilot ladder, with worn-out steps and side ropes is not a good welcome sign for a pilot onboard a ship. It is easy to inspect the steps every time the ladder is used. Make sure the steps are in good shape, and clean, ready to use.

The retrieval line is sometimes referred to by pilot as “the trip line”. On a rolling ship it can easily get in the way of the pilot boat fendering or crew, or the pilot climbing the ladder. And there is only one way it should be attached: At or above the bottom spreader, leading forward.  This also implies that when a combination ladder is used, the retrieval line of the pilot ladder should be rigged underneath the accommodation ladder.

Retrieval line: At or above the spreader, leading forward

When markings are used, they should not be painted on the ladder’s steps, paint and varnish make the ladder slippery and therefore dangerous.

As per ISO 799, the following requirements apply to the steps:

The arrangement for the bottom step of the ladder can be done in two ways:

In the above picture, there is a continuous rope with no joints. In this arrangement, there still needs to be a chock below the bottom step, in order to prevent the bottom stap from twisting.

In case the side ropes terminate below the bottom step, the chock is also needed. The sideropes need to be clamped by two rope seizings or clamps below the chock, and a whipping of at least 25 mm below the lower seizing, to prevent fraying. (source: ISO 799-1)

2.1.2 The steps of the pilot ladders should comply with the following requirements:

2.1.3 No pilot ladder should have more than two replacement steps which are secured in position by a method different from that used in the original construction of the ladder, and any steps so secured should be replaced as soon as reasonably practicable by steps secured in position by the method used in the original construction of the pilot ladder. When any replacement step is secured to the side ropes of the pilot ladder by means of grooves in the sides of the step, such grooves should be in the longer sides of the step.

2.1.4 Pilot ladders with more than five steps should have spreader steps not less than 1.8 m long provided at such intervals as will prevent the pilot ladder from twisting. The lowest spreader step should be the fifth step from the bottom of the ladder and the interval between any spreader step and the next should not exceed nine steps.

2.1.6 A permanent marking should be provided at regular intervals (e.g. 1 m) throughout the length of the ladder consistent with ladder design, use and maintenance in order to facilitate the rigging of the ladder to the required height.