On December 17th, the German BSU (Bundesstelle für Seeunfalluntersuchung) published a report on the near fatal accident of a Kiel Canal helmsman, while boarding the Dutch flagged vessel MARFAAM.

The reports finds that the pilot ladders’s handholds ( stanchions) onboard of the MARFAAM were inadequate, and could only be reached from deck level. An in-depth research into the regulations is made in the report.

The main findings in the report are:

The lack of – internationally binding – adequate handholds at the MARFAAM’s gateway was the reason for the accident involving the canal helmsman and the two pilots nearly falling from a height. In particular, both this and the other accidents that have come to light were caused by the fact that

The investigation revealed many other hazards of a fundamental nature associated with the use of pilot embarkation points, which can be reduced if the safety recommendations are observed. In particular, they include an

You can download the very readable full report here:

From Regulations and Guidelines to “Safety as a Total System”

Fri Jan 15 , 2021
Recently, Captain Karanjikar invited me to write an article for the AIMPA-magazine. It should cover pilot ladder safety legislation, from a “holistic” point of view. Since the start of the website pilotladdersafety.com spring 2020, I have been in contact with a lot of maritime pilots and professionals from all over […] 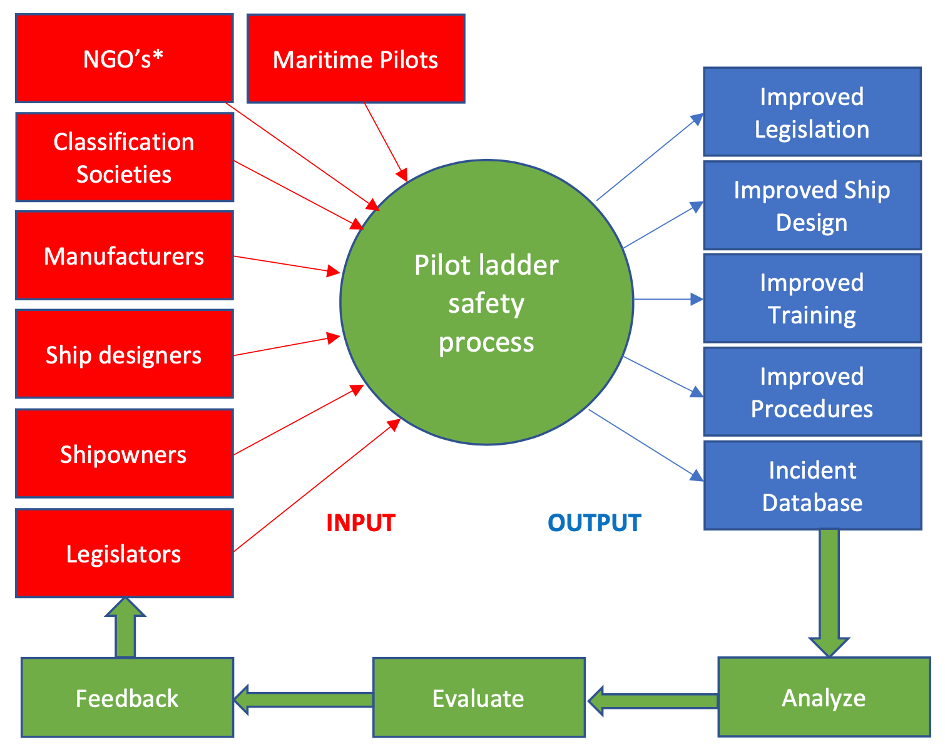