A man has been fatally crushed between a ship and a hulking cargo vessel off Queensland’s Sunshine Coast and advocates are questioning the rules that seemingly led to his death.

The sailor, thought to be a Chinese national, was climbing down a pilot ladder on the side of the Liberian-flagged Formosabulk Clement just before 7:00pm on Monday when the incident occurred.

It was the end of his contract and he was leaving his ship, berthed about five nautical miles off Caloundra, to begin his journey home.

Most seafarer contracts run an average of between six and 12 months.

Queensland Police and the Australian Maritime Safety Authority are investigating the death.

Why leave the ship in open ocean?

Shift changes like this are usually done when a ship is in port so that sailors do not have to attempt to leave or join a ship in open water.

But the International Transport Workers Federation said that was not an option.

The ship was bound for the Port of Newcastle and under New South Wales law enacted during the pandemic international sailors are barred from coming to shore.

A Public Health Order issued in November prohibits seafarers leaving a vessel without permission from the Police Commissioner.

Unlike other states, Queensland has strict protocols that allow international sailors off ships so they can quarantine before leaving the country.

Could he have been in quarantine?

Ian Bray from the ITF said the protocols were the reason the crew opted to leave the Formosabulk at sea, despite the risks.

“It’s during this operation that it went horribly wrong,” Mr Bray said.

“The sad thing about this was he was actually stepping off the ship to go home to his family, and he’s never going to get there.”

Mr Bray said if NSW and other states shared the same maritime laws as Queensland, the man might still be alive.

“This crew member could have gone down the gangway, gotten into transport and got into hotel quarantine and probably would be laying on a hotel bed.

“As a result of this, he’s lying on a slab in the mortuary.”

International seafarers are not able to come ashore at NSW ports, including the Port of Newcastle, without express permission.(ABC News: John Gunn)

We rely on ships, but what of their crews?

Mr Bray said it was “absolutely ridiculous” that states were depending on the cargo carried by these giant ships, but did little to support sailors.

“You can’t be a country that relies on shipping for 99 per cent of your exports and your imports — you want the end result, but you’re not prepared to step up and take action or responsibility to facilitate that trade,” he said.

Mr Bray says the refusal to allow seafarers to go ashore, whether in NSW or in other states, might be in breach of the international Maritime Labor Convention, which Australia has signed.

Mr Bray said Queensland helped move 300 international sailors on and off ships along its coastline while parts of the state were in lockdown and there was no transmission of COVID-19 to or from the seafarers.

“Now, if Queensland can do it, there’s no excuse for the other states not to do it,” he said.

The remaining crew of the Formosabulk Clement were due to be flown off the vessel by helicopter on Wednesday.

Counselling has been offered.

The ship has been detained by AMSA as it begins its investigation, but as of Wednesday afternoon it was still anchored off the Sunshine Coast.

Tue Sep 7 , 2021
Port of Southampton recently issued the following safety notice which speaks for itself : Several incidents have recently been reported of vessels presenting themselves with unsafe pilot boarding arrangements which do not meet the requirements set out in SOLAS V regulation 23 and IMO Resolution A.1045 (27).It is the responsibility […] 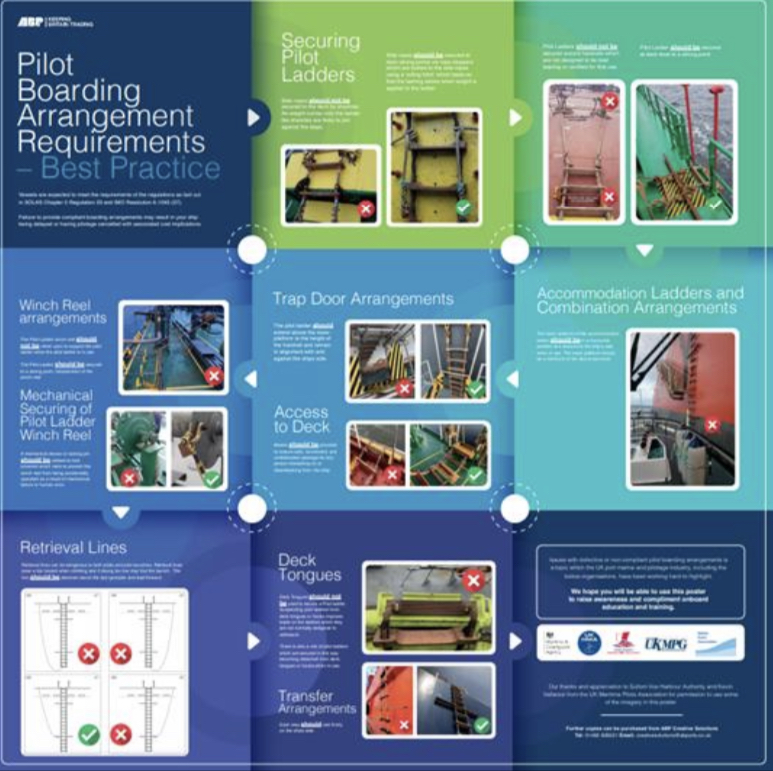