Port of Southampton recently issued the following safety notice which speaks for itself :

Several incidents have recently been reported of vessels presenting themselves with unsafe pilot boarding arrangements which do not meet the requirements set out in SOLAS V regulation 23 and IMO Resolution A.1045 (27).
It is the responsibility of each person involved in the activity of pilot transfers including ship owners, masters and crew, pilots and pilot boat crew as well as the CHA to ensure safe practices.
Vessels with non-compliant pilot boarding arrangements will be refused boarding and will be instructed to rectify the non-conformity, go to anchor or will be refused entry into the port. This can cause lengthy delays and may incur addition charges.
The Harbour Master and Associated British Ports give their full support to pilots refusing to board non-compliant vessels.
Defective and non-compliant arrangements reported by pilots are shared with the MAIB, the local MCA office and the United Kingdom Pilotage Association. Port State Control inspections will be carried out in some cases.

Thu Sep 9 , 2021
Good Catch takes into account that although every company’s safety management system is different, there is a common theme that all seafarers’ situational awareness and personal responsibility is tantamount to their own safety, that of their shipmates, the marine environment, cargo and the ship alike. This initiative is a combination […] 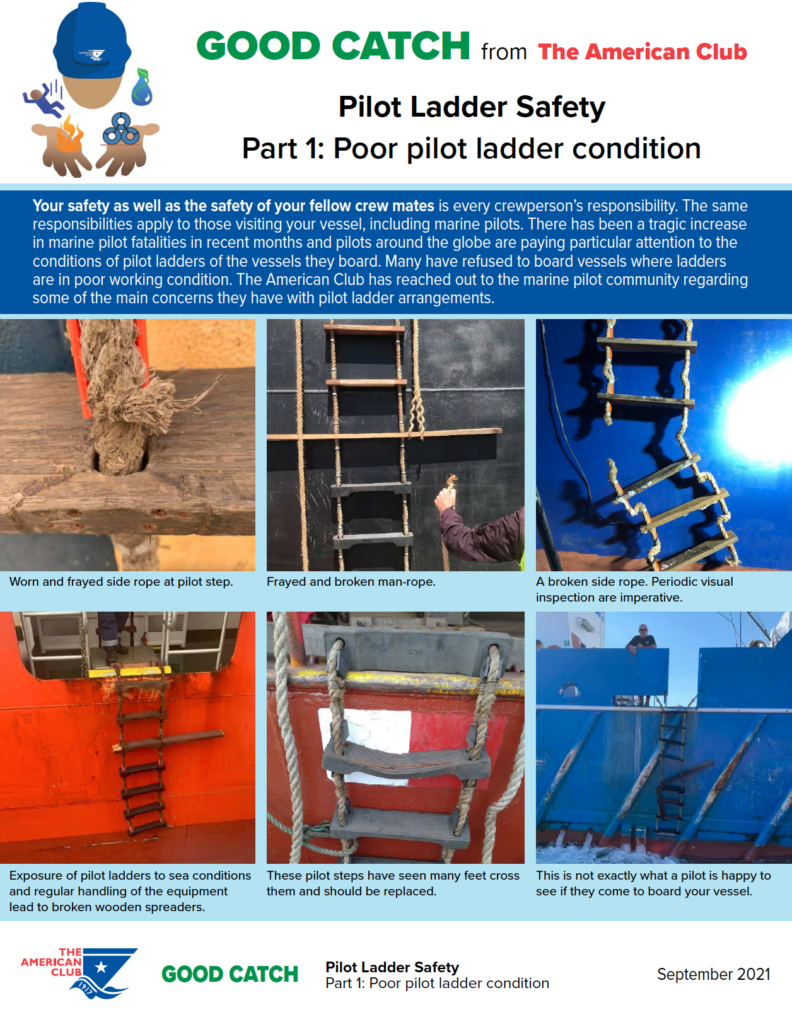